I've put together a limited series of four plotter postcards for the Feb 2021 Plotter Postcard Exchange. They use a numbering system developed by Cistercian monks in the 13th Century, where numbers up to 10,000 can be encoded in a single character.

It's pretty neat, and makes for a beautiful visual when combined with random numbers in a grid. But it wasn't quite enough, so I used generative dice techniques to hand-draw random paths over the top in two colours. The places where the paths start and stop are defined by dice rolls.

These postcards will be going to folks who signed up for the Plotter Postcard Exchange, but I sometimes also like to send postcards to my newsletter subscribers. If you'd like to receive one, then sign up to my newsletter.

After 18 months of work, the first episode of my data sonification podcast, Loud Numbers, has been released. You can listen here: Data sonification is the art of turning data into sound and, together with my co-host Miriam Quick, we've gone a step further turned five different data stories into 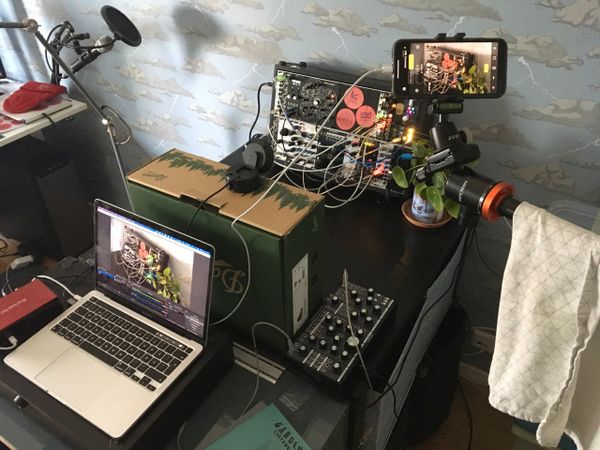 Every ten days I share a quick digest of what I've been working on. Here's the latest. More in the series here. Want them in your inbox? Sign up. Loud Numbers, my data sonification podcast, is out! It has been a long journey up to this point, and I've talked