Often when creating something to share information - a report, a blog post, a data visualization - we're told to ask ourselves who the audience for that thing is. It's an important step. Whatever you're making should be tailored to the people who'll use it, otherwise the chance of it reaching many of those people is slim.

Too often, however, I see people say that the audience for their work is "everyone". This is rarely true. Making something for everyone means you're making something for people in Nepal, Niue, and Nigeria. For 95-year-olds in nursing homes and 3-year-olds in nursery school. For people who read different languages, or perhaps can't read at all. Do you actually have the ability to reach all of those people? If not, your audience isn't "everyone".

So here's a quick guide to maximising your impact by successfully identifying your real audience.

Step One: Who can use the information?

The first thing to consider is who can use the information that you want to share.

This is partially about subject matter - if you're writing an article titled "ten things to do with your children when it's raining", then obviously two key audiences are "people with children" and "people who live in places where it rains a lot". Identify some groups who can make good use of the content that you're sharing.

It's also partially about format, if you've already chosen one*. By format, I'm talking about the shape of your information - a podcast, an infographic, a comic, a white paper. What groups are easiest to reach with that format? What groups are excluded by that format? If you're releasing a report, for example, then your audience is limited to people who have the time and inclination to read reports - which probably means professionals in whatever sector you're covering.

Remember that format includes language, and that doesn't just mean "English", "Hindi", "Portuguese" etc. A report written in academic language will exclude groups who lack experience in academia. A complex data visualization will exclude not only people who don't have the graphicacy skills to understand it, but also people who don't have the time to figure out how it works. The latter rules out far more people than the former.

A note here - it's okay to identify your audience by a process of elimination. Ruling out big groups of people who are excluded by the format or aren't interested in the subject matter you're covering, and seeing who's left, is a perfectly effective approach and one I've used many times.

Write a short list of the groups of people most interested in the subject that you're covering, who are reachable with your chosen format.

Step Two: What do you want them to do?

Many people stop here, satisfied with themselves. But we're not done yet. The second step in identifying your audience is to ask yourself what you want people to do with your information.

Let's take an example. Let's say you've been hired by an environmental charity to create a simple chart showing the decline of a particular species that they protect in a particular country. In part one, you'll have identified that you're targeting people interested in environmental issues, people who live in the country in question, perhaps people who like cute animals.

Write down some of the actions that you want people to take after they've seen the thing you're working on**.

Step Three: Who's most likely to do that?

This is where you get smart. You have limited resources to reach people, and you need to deploy them carefully to maximise your impact.

By identifying the goals of your project, you can immediately narrow down your audience further. Think about who's most likely to be do the things that you want them to do - who'll have the time, inclination, and ability to act on the information you're sharing. These people are much more valuable to you than those who don't.

For example, following on from the last step, you're looking for people among the aforementioned groups who regularly donate to charity, and who actively use social media platforms. These are your core targets. They're interested in your subject, and they have the ability to do something about it. Sure, maybe people outside of those groups can do something with your information, but they're less of a priority because the likelihood they'll act is lower.

Step Four: How can you reach them?

Finally, consider how you can reach these core targets. What tools and resources do you have at your disposal to get your work in front of their eyes?

This is the beginning of a full marketing and PR strategy, of course, but it's important to consider here because if there's no realistic way of getting your work in front of a particular group of people then it's not worth wasting any time targeting them. Concentrate instead on what you can do.

Carrying on from our example above, you may have identified Leonardo DiCaprio as a key target for your chart. He's well-known as a philanthropist, he's an active social media user, he's keen on environmental charities, and he's fond of cute animals. But unless you've got some sort of personal connection or ability to reach Mr DiCaprio, you'll be competing for his attention with hundreds of other environmental charities and the chance of getting totally ignored are high. If you put all your metaphorical eggs in that basket, then your impact will likely be zero.

Instead, figure out who you can plausibly reach with the resources available to you. Focus like a laser on those people. They're the ones who'll deliver the impact that you're looking for.

I've compiled the above questions into a simple worksheet that you can fill in. It's available on Google Drive here:

To save your own copy, click this link or go to file > make a copy.

If you've tried this approach out, I'd love to hear your feedback. You can email me any time at duncangeere@gmail.com.

Thanks to Silfa Hüttner & Jason Forrest for reviewing drafts of this post!

* I've noticed that people often choose their format too early - it's better to identify your audience first and then figure out what vehicle will be most effective for reaching them. But that's another article. Here, I'll assume here that your boss or client has dictated the format and you don't get any say.

** This list is also useful for crafting an effective call-to-action when you're actually making the thing. For more on storytelling with purpose, check out The Beginning, The Middle and the New Beginning. 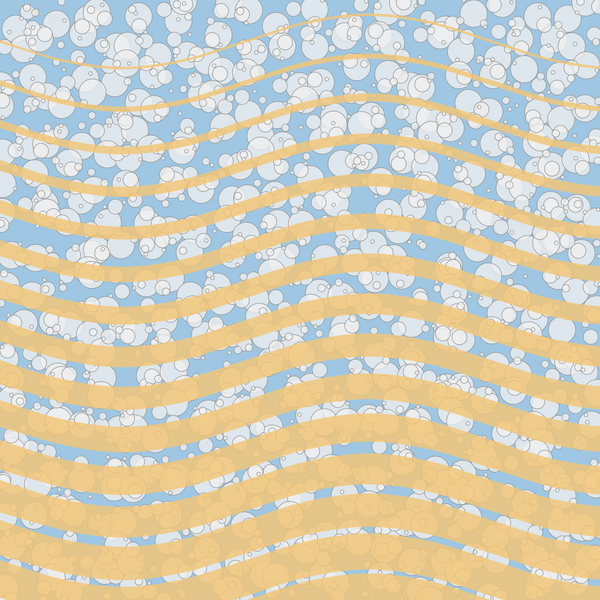 My generative art skills are progressing faster than they might otherwise, thanks to all the time freed up that I'd normally be spending hanging out with other humans. Every cloud 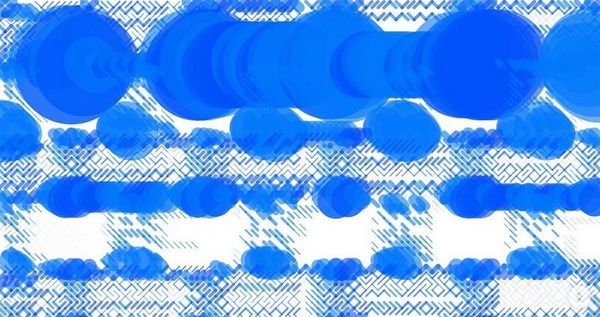 Every ten days I share a quick digest of what I've been working on. Here's the latest. You can find more in the series here. My work on the Drawdown