As promised, a new season of Signal Chain has begun - my creative collaboration with photographer Oliver Holms. Check out the remarkable photograph he submitted for me to turn into music. I'll be sending my response on 15 December, which he'll then turn into a photograph of his own, and then the chain continues until we hit 10 episodes, at which point we will cease once more. It's not too late to sign up to get them in your inbox.

In a Discord community of creative internet folks that Oliver and I are members of, Gosha Tcherednitchenko asked how we strategically improve the weakest parts of the creative process, and it got me to reflect a little on my approach.

I'm a strong believer in rhythms and habits, as discussed in a recent episode of the Elevate Dataviz Show.

What I really like about this system is that it joins up the very short-term and the very long-term. My daily habits are what primarily push me towards improving at things, but it's actively unhelpful to ponder on a daily basis whether performing the habit that day is a good idea or not (because your brain will almost always tell you it isn't). I assess every 100 days instead - after enough time has passed for the habit to stick and be effective, to have failed to stick and need replacing, or to become irrelevant because my priorities have shifted.

Maybe an example might help. Earlier this year I identified in one of my reviews that I wanted to learn more music theory to improve my sonification work. So I set a daily habit of listing out the notes in a randomly generated scale and practicing interval recognition through ToneGym, as well as a weekly habit of setting aside two hours every Sunday morning to work on music - be that learning, or practicing, or whatever i want. Safeguarding that time as a "habit" builds the skills that I'm weak on, because you can't improve at something without spending time on it.

The beauty of this approach is that the daily habits are always pointing in the same direction as the longer-term goals, so you make real progress. It's how I released a sonification podcast last year. It's how I try to stay physically and mentally healthy. It's how I maintain my curiosity about the world, and how I publish this newsletter on a regular clip. It's not magic at all, just a good set of habits aligned with a good collection of longer-term goals. I recommend it.

The latest instalment of Tom Whitwell's annual "52 things I learned" list has landed, and as usual it's a joy. My favourite of them all is probably this intriguing entry:

We should all learn to use conversational doorknobs.

Which links through to a newsletter from Adam Mastroianni about choosing your conversational topics to make it easier for the person you're conversing with to respond, and the difference between conversational givers and takers.

It's easy to assume that givers are virtuous and takers are villainous, but that’s giver propaganda. Conversations, like improv scenes, start to sink if they sit still. Takers can paddle for both sides, relieving their partners of the duty to generate the next thing. It’s easy to remember how lonely it feels when a taker refuses to cede the spotlight to you, but easy to forget how lovely it feels when you don’t want the spotlight and a taker lets you recline on the mezzanine while they fill the stage. When you’re tired or shy or anxious or bored, there’s nothing better than hopping on the back of a conversational motorcycle, wrapping your arms around your partner’s waist, and holding on for dear life while they rocket you to somewhere new.

It's a lovely read, and the whole rest of Tom Whitwell's list is very much worth a click too.

Over the last few weeks, I've been steadily working through this incredible interactive explanation of how sound works from Bartosz Ciechanowski.

It builds things up from first principles, starting with the question "what is air?" and ending up explaining sound pressure, harmony, speaker geometry, fourier transforms, and so much more in the process.

Along the way there are a million little simulations that you can poke and play with. It's like the online version of a top-notch science museum, and just as rewarding to spend some time with, even if it might take you a few sessions to get through it all.

Mastodon recently hosted one of the first brand disasters that I've seen there, and it has been interesting to watch it play out in a kinda different way than it would on Twitter.

It started with Raspberry Pi posting about how they'd just hired a former police officer with a surveillance background. A handful of left-leaning folks replied criticising this decision. But then the official Raspberry Pi account took a rather performative, Twitter-style approach in response - loudly dismissing all criticism, and blocking anyone who expressed it. Not a great look.

On Twitter, the whole thing would probably drag out over a few days, with some limited brand damage. But Mastodon's a bit different. Raspberry Pi runs its own server, which is connected ("federated") to other servers. On Mastodon, server admins have the power to block their users from seeing any posts from a specific other server. The incident, and specifically Raspberry Pi's behaviour in response to the criticism, spurred many server admins to cut them off - making the damage more permanent. Raspberry Pi didn't just block a few complainers, it ensured that a large number of users will never again see their posts.

There's a great case study write-up of the whole mess on the Sustainable DevOps blog. It concludes:

On the Fediverse there is no singular entity such as Twitter, Inc. that financially benefits from the presence of a brand, or benefits from the extra engagement and associated ad sales that controversy will generate. There is no incentive for other administrators to retain a brand if that brand misbehaves. As a result, social media managers, going forward, will need to be extremely cognizant of the brand damage they can do not just in the immediate term, but also in the longer term by causing the business account to be banned or the business instance to be defederated.

Addendum. After reflecting a day or two later on what I wrote above , I'm surprised and a bit disappointed to read a slight note of glee. It isn't a good thing that this happened. The initial event sucks, and the mob reaction from the rest of the community sucks too. Being part of a mob (or just watching one in my case, I guess) feels fun in the moment but not so fun afterwards.

That's all for today. A lot of words about relatively few things. Sometimes that's just how it goes! See you again in 10 days.

The greatest joy of modular synthesizers is that you get to create a new instrument every time you sit down. You start with a bunch of modules that send and receive signals of a few basic types (triggers, gates, control voltage, audio), and you decide what goes where. You get

Every ten days or so, I share a quick digest of what I've been working on and reading. This edition rounds up the whole of 2022 instead. More in the series here. Information Design It was a good year for my information design work - I was booked up pretty 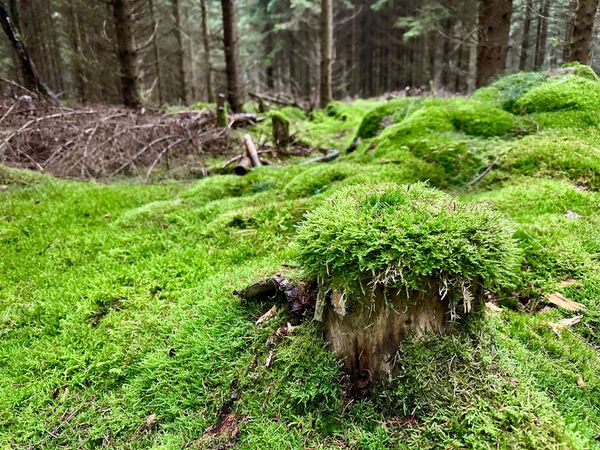 Every ten days or so, I share a quick digest of what I've been working on and reading. Here's the latest. More in the series here. I'm writing to you today from a cabin in the woods where I've been spending a long-overdue break from the rest of the world.