This issue is a little unusual, in that it mostly consists of a lengthy travelogue of my train journey to Amsterdam to deliver a workshop on sonification - the first in-person work event that I've hosted in literally years,  then down to Luxembourg to deliver a keynote at the Sound of Data conference. Then the train back to Sweden. If you're more interested in the links to cool stuff than "what I've been upto", then skip past all that - there are a few bits at the bottom, and normal service will resume next time.

I was really looking forward to my first big rail trip through Europe in a long time, but it turned out to be kind of a nightmare. The schedule wasn't too bad. Start at 0930. Train to Copenhagen. Wait 50 minutes. Train to Hamburg. Wait two hours. Train to Osnabrück. Wait 30 minutes. Train to Amsterdam, due in about 10pm.

But events unravelled at almost every step. I arrived at the station in the morning to discovery that my first train of the day was cancelled, because a truck had hit a railway bridge. Instead I needed to get a much slower commuter train to Malmö and then got another train over The Bridge. I arrived with about five minutes to make the connection, but managed it successfully.

The train from Copenhagen to Hamburg was fairly quiet. Everyone sat totally unmasked until the very moment we crossed the German border at which point they pulled out a surgical mask that they almost universally left on their top lip. I've never seen so many mouthless noses, but it was an improvement over the previous 0% mask ratio so I figured I'd take it.

Then my train to Hamburg was 30 minutes delayed, stopping in the countryside for no reason that was communicated to us. "Taking on blackberries" as Bill Bailey would have put it. When we eventually arrived in Hamburg, the station was a mess and honestly kinda scary - a woman was roaming the corridors laughing hysterically at what seemed like nothing at all. No-one seemed to be interested in helping her. The laughter echoed around the cavernous hall in the centre of the station. Despite a last minute platform switch and needing to run down half the length of the train to reach my wagon, I managed to get in my assigned seat to Osnabrück.

Five minutes before we arrived in Osnabrück I got an email from Deutsche Bahn that my onward connection to Amsterdam was cancelled due to a signal failure. I got out and ran half way down the length of the train again to talk to the conductor, who said I should get back on the train again and wait for Dortmund instead, where I'd be able to get a train to Oberhausen (another five minute transfer) and then another one to Amsterdam.

About five minutes before arriving in Dortmund, another change of plans. An announcement was made that anyone going to Amsterdam should stay on the train to Duisburg instead, where we'd be able to get a direct connection. So I stayed put on the train, chatting with a couple of middle-aged Dutch guys who asked if I knew what the conductor meant in her announcements about a "locker train". I gave them what must have been a baffled look behind my thankfully-mandatory face mask. "She keeps saying it!" they insisted. After much theorising, we eventually concluded that her accent was disguising a "local train", and bonded a little over the mutual confusion.

Duisburg was cold and the station was largely under construction. I had been on the rails about 12 hours at this point, and was still in Germany. The 20-minute wait lengthened to an hour as yet more unexplained delays mounted. A couple of drunk local teenagers lightly terrorised the platform, but then one hurled a beer bottle onto the tracks as a train was passing. Out of nowhere, three police officers suddenly materialised and sent them on their way. I watched a mouse nibble at an abandoned plate of cheesy chips with more than a little envy.

The Amsterdam connection finally arrived a little after 10pm, and we clambered aboard. I sat with the middle-aged Dutch guys, and we chatted a little more. They'd been holidaying in Hamburg ("We wanted to go to Copenhagen but it was too far away") and seemed baffled when I explained my purpose for being in Amsterdam. ("Data into music? Why would anyone want that?")

Eventually pulled into the station just after midnight, about two hours late. A brisk walk to the hotel and I slumped into bed.

The next day, Miriam and I had our first Loud Numbers workshop. Despite my tiredness, it went great!! Our attendees grasped both the theoretical and the tooling-related material much faster than I expected and pretty much everyone was able to create a functioning sonification by the end of the day.

The biggest issues we faced were technical - VCV Rack struggled a bit with wireless headphones, and we had a few issues getting the software working right on employer-provided laptops. But the majority had no issues and were able to grasp the technical jargon of modular synths with surprising ease.

I'm doubly happy about this. First because it means our participants had a good experience. But also because it means we won't have to do much substantial reworking to deliver this workshop again in other contexts. Which we'd love to do! So if you've got a group that you'd like to introduce to data sonification, then don't hesitate to drop us a line.

The next day was a train to Luxembourg from Amsterdam, changing in Brussels. It all went much more smoothly than the journey through Germany, and Miriam and I arrived with plenty of time to spare. I took the opportunity to explore the city, visiting the "Sound Without Music" exhibit at the city's small but solid contemporary art gallery.

Luxembourg is impressively hilly! It was as full of shops-only-for-rich-people as I expected. But I didn't expect the huge river gorge that surrounds the old town, and the scenic bridges that span it. It's a really beautiful place, and I'd love to go back.

We were in Luxembourg to present a keynote at a conference called The Sound of Data. Initially we thought this was going to be a sonification conference, and so we prepared a deep dive into the pros and cons of different sonic variables. But then it turned out to be a much more general science communication audience, so we rowed back to more of a "sonification 101" talk.

The recording is already online! You can check it out here - our bit starts at about 18m30s.

The talk was well received, despite a few technical glitches playing video on Google Slides, and the panel discussion afterwards surfaced a bunch of really interesting questions from musicians, data folks, and science folks in the audience.

It was particularly great to meet sound artist Jamie Perera, who was on the panel. It's rare that I get the chance to chat with other folks who've done a lot of sonification (other than Miriam, of course), and so it was nice to compare notes and find we're both coming up against the same creative and technical challenges despite coming at it from different directions (us storytelling, him art).

I'm not going to write another thousand-odd words on my train journey back to Sweden because it was largely uneventful! Some small delays, but nothing that threatened the integrity of the journey, and I felt much more chill because I didn't have a bunch of presentations ahead of me.

The trains were busy, but that's... probably a good thing, all told? It was again alarming/amusing to see people rip their face masks off as soon as the border between Germany and Denmark was crossed, but I did appreciate that Germany is still trying to do something to prevent the spread of the virus. Covid is still a thing, people.

After leaving Luxembourg at 8:30am, I got home to Helsingborg just before midnight.

It's been a good ten days for music. New Eno. New LCD Soundsystem. New Bug Club. And I discovered this lovely track by Emily Breeze about aging not-so-gracefully.

This conversation between Greta Thunberg and Björk is worth a read, if only for their reaction at the end about how they'd describe the political situation in Britain right now. And that was before the lettuce triumphed.

My dog, Laika, just made her TikTok debut.

Finally, I'll leave you with a stunning artwork called CLASH/BLEND which is currently being exhibited in Berlin. It comprises of two systems in conversation - one creates an endless generative graphic score, the other sonifies that score - turning it into music through a pipe organ. Really incredible work, I'd love to see it in person.

See you in ten days! 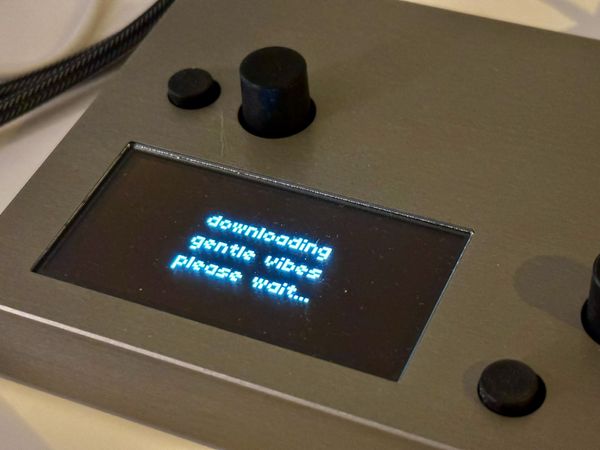 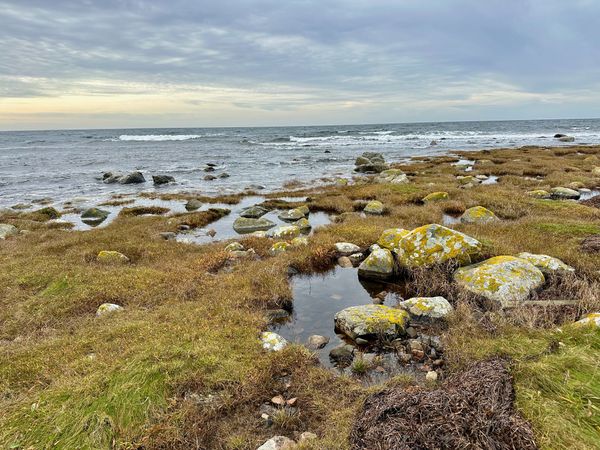 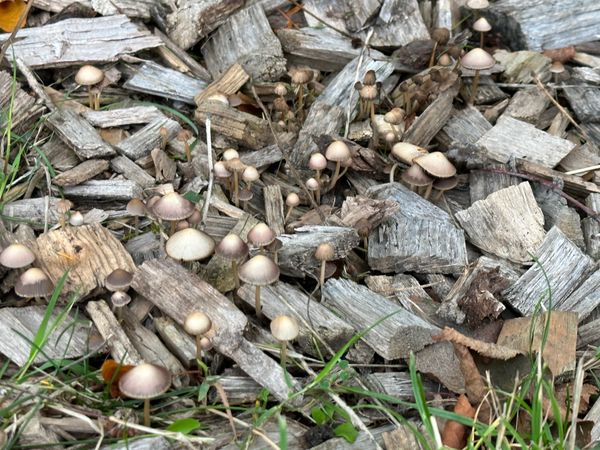 Every ten days or so, I share a quick digest of what I've been working on and reading. Here's the latest. More in the series here. This week I'm off on a whistle-stop tour through the Netherlands and Luxembourg by train, to give a sonification workshop and a sonification keynote.