First things first. For the last few months, I've been running a beta test of a paid membership program focused on creative information design. Together with Alli Torban, Gabrielle Merite and Will Chase, we've created a learning community where people can come and improve their skills together with others. The beta, with about 40 people, has gone fantastically well.

So today, we're opening the doors to the public - anyone can sign up. You can check out what we're offering at elevatedataviz.com, which boils down to a combination of courses, blog posts, office hours, challenges, inspiration, and active mentorship. It's also a great way to support our work and experiments, if they're something you want to see more of in the world.

Membership costs $50/month for folks being paid a salary or who run their own business in the Western world (with 20% off if you sign up in the first week). It's $25/month for students, the unemployed, and people who live in lower-income countries. We're relying on an honesty system that people will choose the right tier, but if you're not sure which category you fall into then email me and I can help.

We want to build this program primarily through word-of-mouth and grow it organically over time, rather than running Facebook and Instagram ads. So if it doesn't sound like a good fit for you, but you know someone who might be into it, then I'd really appreciate you sending them the link - which, once again, is elevatedataviz.com.

Any questions? Hit reply and I'll get back to you immediately.

Alright, now that's out of the way, let's talk 2021. I'm going to resist the temptation to round up 2021 in any kind of systemic way (like I did last year). It was pretty brutal on all of us, and I've mainly been trying to keep my head above water. Nonetheless, there were some highlights. They include:

My initial goals for 2021 are as follows:

Lots of sonification there, but a mix of other stuff too. I'm sure the year will bring many other surprises, but the above is roughly what you can expect in the coming months.

I've put together a playlist of all the songs I discovered and loved in 2021. It's mostly, but not all, new music. But it's all new to me. You can listen on Spotify.

Over the Christmas break I did a handful of "no work" days, where I wasn't allowed to do anything resembling work. It was wonderful. I played a bunch of Stardew Valley and Moonlighter, finished off A Year With Swollen Appendices, and spent a bunch of time with my modular rack.

On some of my "work" days, however, I spent time writing a script for Monome Norns that does data sonification. I made this primarily for myself, so I can do sonification in my Eurorack modular environment (through Monome Crow), but figured it might be useful for others too so I polished it up, wrote some documentation, and published a v0.1 alpha release.

You'll need a Norns or Norns Shield to run it, which rules out most folks. But if you want to poke around anyway, then you can read more about it on the Lines forum.

I really enjoyed this love-letter to public staircases, written by Henry Grabar.

This is fun: see the path taken to the ocean by a raindrop that falls anywhere on Earth. A previous version was released last year, but it only worked in the US.

That's all for this time. See you in ten days, space cowboy.

Every ten days I share a quick digest of what I've been working on and reading. Here's the latest. More in the series here. Want them in your inbox? Sign up. Good news first today! I'm really happy to say that the launch of the Elevate learning community, with Alli 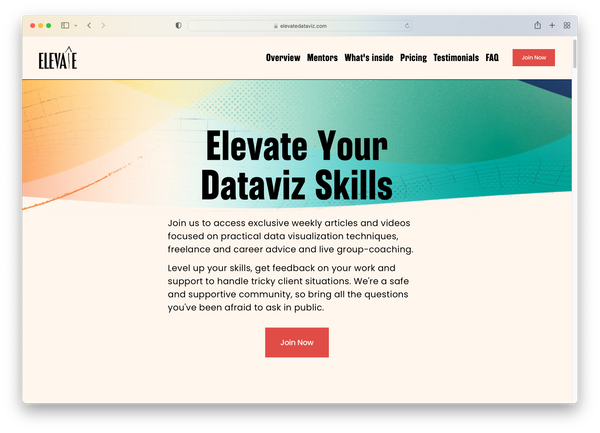 Today is the public launch of the Elevate Membership Program - a learning community for people interested in creative information design and data visualization. The doors are open, and you can sign up. Elevate Your Dataviz SkillsJoin us to access exclusive weekly articles and videos focused on practical data visualization 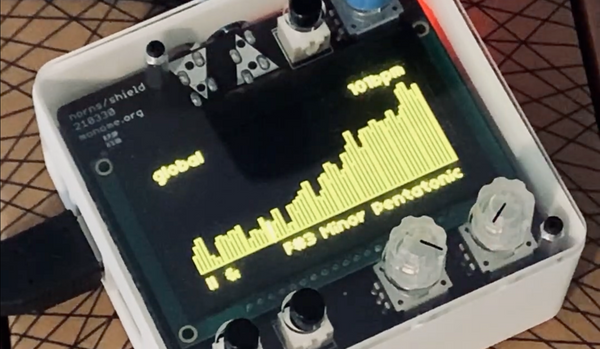 I've created a data sonification script for Norns, called Loud Numbers. Right now it turns .csv files into melodies, though I have ambitions for it to eventually turn many more kinds of data file into many more musical attributes, as well as outputting MIDI over USB and control voltages through